Get fresh music recommendations delivered to your inbox every Friday.
We've updated our Terms of Use. You can review the changes here.

How Do We Stay Here? 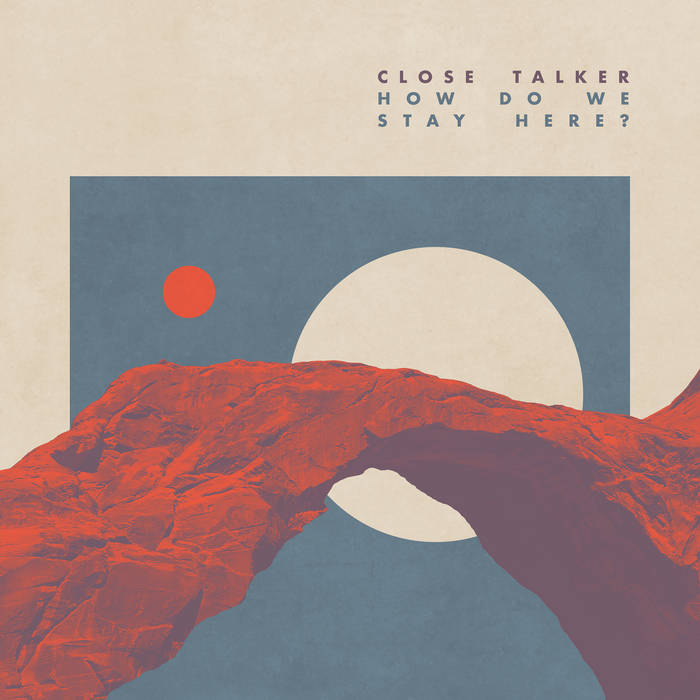 Sven B. Schreiber (sbs) The first four available tracks beguiled me into pre-ordering this album... If the remaining seven tracks are of the same high standard, it's going to be a bull's eye. Favorite track: Half Past Nine.

In so many ways "How Do We Stay Here?" marks a new chapter for the band. Choosing to self-produce allowed the band to hold this album close to their chest while it developed organically over the course of 2018 at RMS Labs in Regina, SK. Will Quiring, Matthew Kopperud und Chris Morien, the three members of Close Talker, leaned into the trust and foundation built over countless years of friendship to pursue a record that would be sustainable and timeless for them.

"How Do We Stay Here?", in a nutshell, is about trying to wrestle with time. It's about trying to learn from experiences, trying to keep perspective, trying to progress in this weird world, and sometimes trying not to progress at all; to sit in a moment and soak it in for all it has to offer before it becomes nothing more than a memory. "The album is us navigating through the past two years, through both the good times and the bad, and holding on to those times for as long as we're able" says the band.

Close Talker have become much more confident. More than their earlier recordings, "How Do We Stay Here?" is definitely an album - start to finish. "We composed it with a sequence in mind and it is truly meant to be listened to in a linear fashion. We hope that it rewards those who dig in with keen ears. Our hope is that it has a depth that will last."

The band approached each song following a code of instincts and honesty, including a list of 10 commandments by which all decisions were filtered through. Some were practical like: "Start with what you know" while others were more attitude checks or wholistic like: "No ego" All catering to the music coming first.

"If we wrote a guitar part that we were really excited about, but the other two guys didn't feel was a write fit, we just skipped the whole being bummed out phase no and simply moved onward to a new part," tells the band about the songwriting process.

Close Talker, now more than ever, is interested in music that is timeless - music that won't force the listener into feeling a certain way. "However, we do hope to create that feeling of pressing pause on life and just being. And to share this with each other." And they add: "It sounds overly simple, but I think that communal element of music or the ability to enter a space where you can slow your mind and simply enjoy yourself is something that we chase as a band, and our hope is that the audience would join us."

And as a live band, Close Talker unfold a touching magic. "Historically, we seem to win people over by our live show, more than other mediums. Because there are only three of us, we have to be creative in how we bring the songs to life. We all only have so many limbs. We refuse to play to tracks or go that route, in part because we feel it is sort of cheaping out, or perhaps even more so, we just love playing our instruments."

"One of our favourite parts about performing live is the fact that complete strangers can experience and share something", they continue. "There is something universal about music that is really special and hard to put your finger on it. Music is easily as exciting now, as it ever has been for us as a band and as individuals. That is part of the beauty of music, it is a never ending pursuit."

Close Talker have already released two albums already: "Flux" (2015) and "Lens" (2017). The band tours extensively throughout North America and Europe, and has gained the attention and praise of notable publications such as NPR, Billboard, Clash, Spin, Q Magazine, COS etc. Close Talker are also honoured as "Alternative Artist of The Year" at the Saskatchewan Music Awards. Always striving to innovate and establish their own path, Close Talker is also set to premiere North America's first ever 3D - 360 degree Silent Headphone Concert Series. The band collaborates with visual artists in each city and performs their new album, front to back, all to a seated audience wearing headphones. The audience experiences real time 3D mixing, putting each listener in the middle of the band, hearing instruments and voices swirling around them. Collaborating with esteemed galleries and art institutions across Canada, the band is excited for their music to be experienced in an inclusive and multi sensational context. This will allow the audience to lose itself in both the immersive audio and the live visual components. Close Talker is fully pioneering this new genre of live music and is excited to utilize this technology in a meaningful and communal way.

"How Do We Stay Here?" is the band's strongest and most confident album to date. An inviting, a warm album. It is an album the band wrote for themselves, in hopes that the songs would carry the same meaning in 10 years, as they do today. "How Do We Stay Here?" will be released on August 30, 2019 on Sinnbus in Europe and worldwide on the band's own label Slow Weather.

WRITTEN AND PRODUCED BY CLOSE TALKER.

MASTERED BY JOAO CARVALHO IN TORONTO ON.

UNDER EXCLUSIVE RIGHTS TO SLOW WEATHER MUSIC AND SINNBUS RECORDS.

Bandcamp Daily  your guide to the world of Bandcamp

Quelle Chris joins the show to discuss his most recent release, "DEATHFAME"